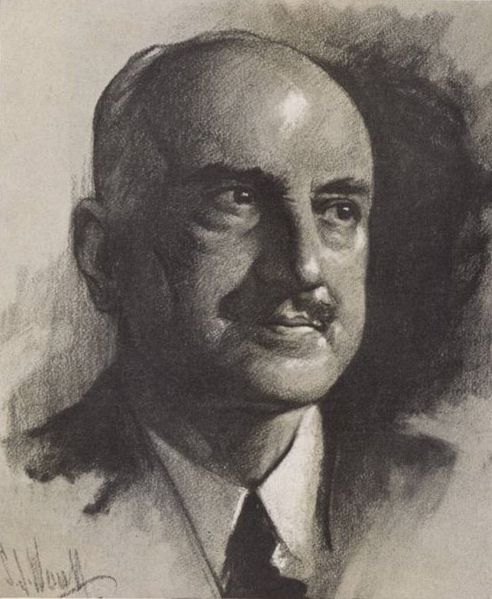 It was on this date, December 16, 1863, that American philosopher George Santayana was born in Madrid, Spain, to freethinking parents who, nonetheless, sent him to Catholic school. In 1871, in his eighth year, the family moved to the US, and Jorge Agustín Nicolás Ruiz de Santayana y Borrás, who was destined to be called George, was reared by his mother after his father returned to Spain without her. Santayana corresponded with his father instead.

Perhaps best known today for his quote, "Those who cannot remember the past are condemned to repeat it,"[1] Santayana became professor of philosophy at Harvard University from 1889, but he eventually found the academic's life unsatisfactory and he left it for Europe in 1912. He never taught again, but along the way Santayana published many popular works, establishing himself not only as a philosopher, but as poet, critic of culture and literature, and best-selling novelist, as well: Interpretations of Poetry and Religion (1900), The Last Puritan, a novel (1935), The Life of Reason a series of five books on Reason in Common Sense, Society, Religion, Art, and Science (1905-1906), among others.

Christianity persecuted, tortured, and burned. Like a hound it tracked the very scent of heresy. It kindled wars, and nursed furious hatreds and ambitions. It sanctified, quite like Mohammedanism, extermination and tyranny.... Man, far from being freed from his natural passions, was plunged into artificial ones quite as violent and much more disappointing.[2]

"My atheism, like that of Spinoza," said Santayana, "is true piety toward the universe and denies only gods fashioned by men in their own image, to be servants of their human interests."[3] In his Reason in Science, Santayana says, "A thorough Materialist, one born to the faith and not half plunged into it by an unexpected christening in cold water, will be, like the superb Democritus, a laughing philosopher."[4]

Santayana, the atheist who thought religion should be studied like poetry, died 26 September 1952 and was buried, at his request, in a section of Rome's Catholic Cemetery reserved for Spaniards. It was George Santayana who said, "Scepticism is the chastity of the intellect, and it is shameful to surrender it too soon or to the first comer."[5]