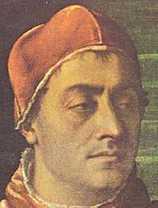 It was on this date, December 13, 1545, that the Council of Trent met in the Italian border town of Trento. The Council was urged on a reluctant Pope to clean up the sewer of corruption and vice that had been the Roman Catholic Church for the preceding two centuries, and even the Catholic Encyclopedia admits some of this. What is seldom admitted is that the Church was hurting from the loss of income to the Protestant churches, and stipulated a meeting in an Italian town — so that the Inquisition could finish off the heretics. 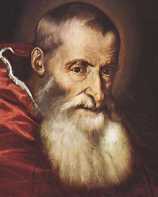 A Council plan was formulated by Clement VII (1523-34), a luxury-loving bastard son of the Medici family, but failed to materialize until called by his successor, Pope Paul III (1534-49), who owed his office to the influence of his sister, the favorite mistress of Pope Alexander VI. But when the announced date of the Council arrived, the plan of the papacy to suppress the heretics, rather than listen to them, became so obvious that only 25 prelates showed. As only 15 more wandered in by the next June (1546), Paul suspended the Council.

Paul died in 1549, but the cardinals were so contemptuous of the reformers, and so addicted to luxury and corruption, that they elected Julius III, widely known to practice sodomy and other vices (1550-55). Julius was compelled to resume the Council, but again the meeting had to be suspended. The Council did not effectively begin until 1562, three Popes later, under Pius IV (1559-65).

The legates and delegates managed to avoid reform measures. They concentrated instead on formulating a code to guide the Inquisitors in crushing the political power of the Reformers in a war the Papacy hoped to incite (Rome attempted this in the Thirty Years War). The Council closed at last on 4 December 1563, and the decrees were confirmed in the Bull Benedictus Deus, by Pius IV, on 26 January 1564. The Council of Trent is still played up in Church histories as part of the mostly fictitious Counter-Reformation. In fact, nobody outside the Church could see any reform.