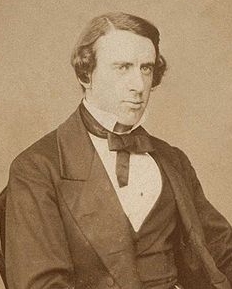 It was on this date, November 28, 1832, that the British writer, and first editor of the Dictionary of National Biography (1885-1891), Leslie Stephen was born in Kensington Gore, London. Brought up in a Clapham Sect household of Christians, Stephen was educated first at Eton, then graduated from Trinity Hall, Cambridge, where he excelled in athletics. There he was compelled to become an Anglican clergyman in order to make a living as a tutor. But his reading of John Stuart Mill, Auguste Comte, and Immanuel Kant led to his rejection of Christianity, so that by 1862 Stephen had renounced his religious duties, and by 1870 his religion.

Stephen said he never lost his faith because he never had any. He turned to editing various journals and associated with writers such as Robert Lowell, Robert Louis Stevenson, Thomas Hardy, and Henry James. Stephen's chief work was his 1876 History of English Thought in the Eighteenth Century, in which he examined the beliefs of English Deists and the skepticism of David Hume. He wrote Essays on Free Thinking and Plain Speaking (1873) and An Agnostic's Apology (1893), which clearly articulated his beliefs and helped to bring Thomas Henry Huxley's newly coined word, "agnostic," into vogue.

An energetic Alpine climber, he was rather unwillingly knighted Sir Leslie Stephen in 1902 and was father to two famous daughters, Virginia Woolf and Vanessa Bell. In Fraser’s Magazine (1872) Stephen is quoted as saying, “The division between faith and reason is a half-measure, till it is frankly admitted that faith has to do with fiction, and reason with fact.” And in the Fortnightly Review (1880) Stephen writes, “If atheism is to be used to express the state of mind in which God is identified with the unknowable, and theology is pronounced to be a collection of meaningless words about unintelligible chimeras, then I have no doubt, and I think few people doubt, that atheists are as plentiful as blackberries.”

He died age 71 on 22 February 1904 in Kensington, London. It was Sir Leslie Stephen who wrote in his journal, “I now believe in nothing, to put it shortly; but I do not the less believe in morality” (26 January 1865). That assessment was borne out by his biographer, Frederick William Maitland, in his Life and Letters of Leslie Stephen (1906).

Warren Buffett (1930) It was on this date, August 30, 1930, that Warren Buffett, known as "the Oracle of Omaha," was born in Omaha, Nebraska. As Chairman of Berkshire Hathaway, Buffett became perhaps the greatest investor of all time – reportedly worth almost $43 billion – second in wealth only to Microsoft Chairman Bill Gates. […]