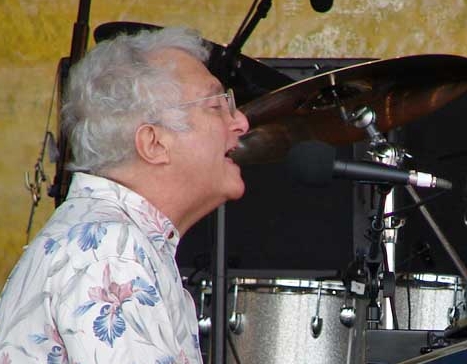 It was on this date, November 28, 1943, that American songwriter and singer Randy Newman was born Randall Stuart Newman in Los Angeles. In his youth, he spent time in New Orleans with his mother's family, and was influenced by the music there. He is the nephew of Al Newman, who wrote classic movie scores for How The West Was Won, Airport, and How Green Was My Valley, as well as the 20th Century Fox fanfare).

Composing may not have been in the blood, but Newman's heart was in it for years before he hit it big. Besides charting his own recordings, such as "Short People" (1977) and "Baltimore" (1978), Joe Cocker covered his song "Guilty" and "You Can Leave Your Hat On" (from The Full Monty, 1997); Tom Jones and Three Dog Night covered "Mama Told me Not to Come."

And Newman wrote songs for such films as "Something Special" from Overboard (1987), "Falling in Love" from Her Alibi, "Burn On" from Major League (1989), "I Love to See You Smile" from Parenthood (1989), "Mr. President — Have Pity on the Working Man" from Forrest Gump (1994), "That'll Do" from Babe: Pig in the City (1998), and "Lonely At The Top" from You've Got Mail (1998). In spite of that distinguished list, it wasn't until his 16th songwriter nomination that Randy Newman took home a gold statue for the song "If I Didn't Have You," from the 2001 film Monsters, Inc. He has been awarded an Academy Award, three Emmys, four Grammy Awards, and the Governor's Award from the Recording Academy.

Newman speaks of his atheism in many interviews. In one, Newman said, "I never had faith. ... But I have respect for the idea. There's no joy being an atheist."* Some of his lyrics, especially from his 1972 album Sail Away, tell the same story:

Don't need no god to comfort you,
You taught me not to believe that lie.
—"Old Man"

Randy Newman's fan website, operated by Jim Coan, quotes his father as saying Randy Newman lost his faith, if he ever had any, at age nine or ten.** Still, his song, "I Love L.A." (1983) became an anthem for the city.