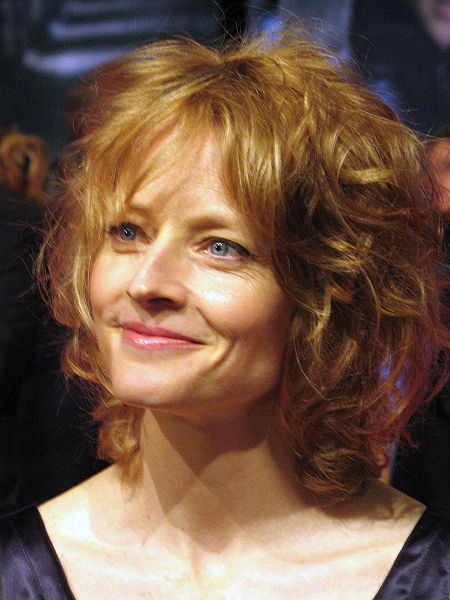 Since before her first notable film appearance, as a twelve-year-old, playing a prostitute opposite Robert DeNiro, in Martin Scorsese's Taxi Driver (Academy Award Nomination for Best Supporting Actress, 1976), and afterward, Foster has appeared over 50 times in film and television roles. These include The Accused (Golden Globe and Academy Award for Best Actress, 1988) and The Silence of the Lambs (New York Film Critics Circle and Academy Award for Best Actress, 1991). And that doesn't include her two notable directing turns, Little Man Tate (1991) and Home for the Holidays (1995).

Actors are not often like the characters they play (that's why they call it acting), but Foster found a kindred spirit in Dr. Eleanor Arroway, the astronomer in the 1997 film based on Carl Sagan's novel, Contact. In the film, Foster's character says: "What is more likely? That an all-powerful mysterious God created the Universe and then decided not to give any proof of His existence, or that He simply does not exist at all?" In real life, Foster says:

I absolutely believe what Ellie believes — that there is no direct evidence, so how could you ask me to believe in God when there's absolutely no evidence that I can see? I do believe in the beauty and the awe-inspiring mystery of the science that's out there that we haven't discovered yet, that there are scientific explanations for phenomena that we call mystical because we don't know any better.*

Asked in another interview if she ever prayed, Foster replied:

No, absolutely never. It's only as I got older that I really got interested in religion. ... The only service I've ever attended was at the cathedral at the Vatican. ... I don't follow any kind of traditional religion, but I have great respect for all religions. I spend a lot of time studying divine texts, whether it's Eastern religion or Western religion. I only have questions so far and no answers.**

Ivan Turgenev (1818) It was on this date, November 9, 1818 (NS), that Russian Realist novelist, poet and playwright Ivan Sergeyevich Turgenev (Ива́н Серге́евич Турге́нев), was born in Orel. He attended both Moscow and St. Petersburg Universities and received a Master's Degree in philosophy. He developed some sympathy for democracy in Russia, but made the […]