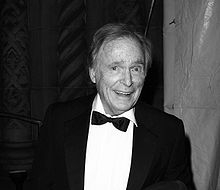 Cavett as host is always conversational, civil and intellectual, with a dry wit, saying such things as "If your parents never had children, chances are you won't, either," and, criticizing the scapegoating of violence on TV, "There's so much comedy on television. Does that cause comedy in the streets?" But Cavett could be acerbic, too, saying, "As long as people will accept crap, it will be financially profitable to dispense it." His interviewing style was successful, winning Cavett 11 Emmy nominations and 3 awards.

As an interview subject, Cavett once said:

This is my religious problem: it would be wonderful to believe in the most fundamental way. It would make life easier, it would explain everything, it would give meaning where none is apparent, it would make tragedies bearable. ... But something about the fact that all it takes to make it so is deciding it is so puts me off. Knowing it could instantly make me much happier makes it somehow unworthy of having.*

Underlining the difference between himself and his grandfather, a fundamentalist Baptist minister, Cavett also said, "...I hope there is a God for Grandpa Richards's sake, but don't much care if there is one for mine."**

The Week in Freethought History (October 21-27)

Here’s your Week in Freethought History: This is more than just a calendar of events or mini-biographies – it’s a reminder that, no matter how isolated and alone we may feel at times, we as freethinkers are neither unique nor alone in the world. Last Sunday, October 21, but in 1833, Swedish chemist Alfred Nobel […]